RALPH HENRY BAER, THE GERMAN-BORN man who created the first commercial video game system, was recently honored with a town square in his name and a statue of his likeness in Manchester, New Hampshire, the city where he lived upon his death in 2014.

A Jewish family living in Germany during the rise of Adolf Hitler, the Baers came to the United States in 1938 seeking refuge from the Nazis. Ralph Baer served in the U.S. military during World War II then spent his career as an engineer at Sander’s Associates, a defense contractor in Nashua. There, he had an idea that would change society for future generations: that televisions could be used interactively to play electronic games." 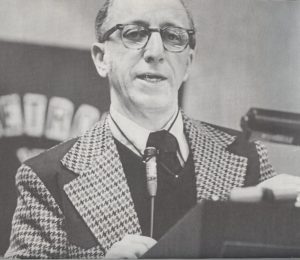