The company was founded in 1904 by Emil Julius Brach, who invested his $1,000 life savings in a storefront candy store.Brach was born in 1859 in Schoenwald, Germany, to Martin and Wilhelmina Brach. The family migrated to Burlington, Iowa in 1866. As a young man, he attended Burlington Business College. and then managed a restaurant and confectionary store. In 1880, he moved to Chicago, where he got his first major job at a candy making company. He eventually became a very high-income salesman, managing to save up $15,000 to invest in a failed candy manufacturing company.

He named it "Brach's Palace of Sweets" and it was located at the corner of North Avenue and Towne Street in Chicago, Illinois. With his sons Edwin and Frank, he started with one kettle. Investing in additional equipment he was able to lower his production costs and sell his candy for 20 cents per pound, well below the more typical 50 cents per pound his competitors were charging. By 1911, his production had reached 50,000 pounds per week. 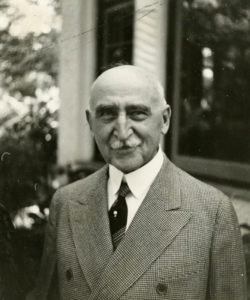 Founded in 1910, in Jasper, Indiana by a group of German-American business leaders. The community's heritage…

The H. J. Heinz Company is an American food processing company headquartered at One PPG Place in Pittsburgh,…