The German Origins of the Christmas Tree 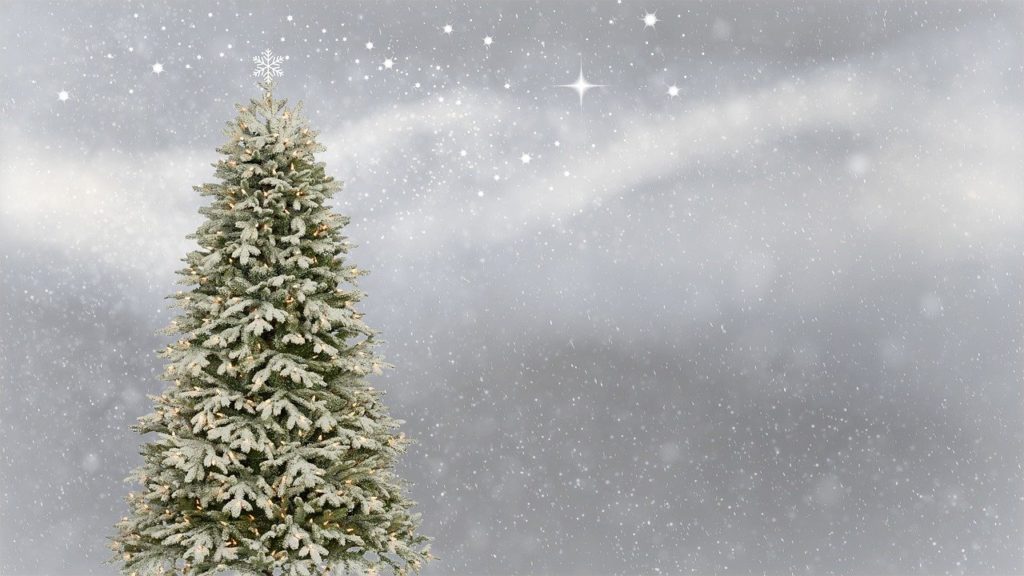 The smell of pine or fir trees is a quintessential part of the American Christmas experience, but that wasn’t always the case.

The modern Christmas tree as we know it has its roots in 16th century Germany. Initially, evergreen trees decorated with edible treats such as gingerbread, apples, dried fruits and nuts were put up in town and village squares, but it only took a few decades for people to bring them into their houses. It’s not known who added candles, but the idea of lights seems a natural progression.

In the 1740s, German settlers brought community trees to the new world, and Pennsylvania German villages proudly featured them as early as 1747. However, for most 18th and 19th century Americans Christmas trees were an oddity at best, and at worst a pagan symbol. New England Puritans had not looked kindly upon such a frivolous custom, and the Plymouth Colony’s governor, William Bradford, stated that he had tried hard to stamp out “pagan mockery” of the Christmas observance in the early 17th century. In 1659, the General Court of Massachusetts enacted a law making any observance of December 25, other than attending church, a penal offense; people were fined for placing Christmas decorations. This Puritan legacy survived well into the 19th century when an influx of German and Irish immigrants undermined the old solemnity. 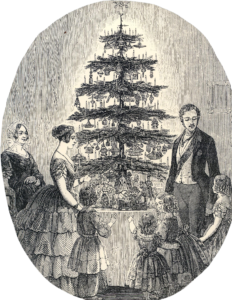 It was only after Britain’s young Queen Victoria and her German husband Prince Albert of Saxe-Coburg-Gotha were portrayed in front of a decorated and candle-lit tree that the idea of Christmas trees became fashionable and desirable across the pond.

By the 1890s, Christmas ornaments were arriving from Germany, and Christmas tree popularity was on the rise around the U.S. Sometime between 1888 and 1891, the Christmas tree arrived at the White House. First Lady Caroline Harrison helped decorate the tree in what is today the Yellow Oval Room. The first National Christmas Tree was a little longer in the making: its first appearance and official lighting ceremony was on Dec. 24, 1923 in the middle of the Ellipse outside the White House. 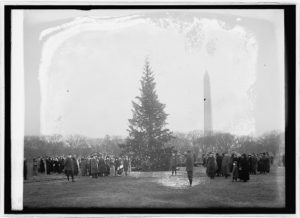