The Schnull–Rauch House, sometimes referred to as the Victorian Manor and now also branded as The Manor at The Children's Museum of Indianapolis, is a National Register of Historic Places-designated Romanesque Revival historic home constructed in the early 20th century at 3050 North Meridian Street, in the Meridian-Kessler neighborhood north of downtown Indianapolis. 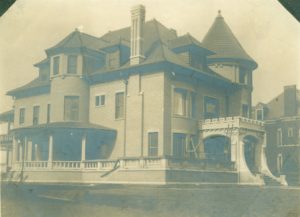