Paul Dresser (born Johann Paul Dreiser Jr.; April 22, 1857 – January 30, 1906) was an American singer, songwriter, and comedic actor of the late nineteenth and early twentieth centuries. Dresser performed in traveling minstrel and medicine-wagon shows and as a vaudeville entertainer. He sold his songs through sheet music publishers in New York City's Tin Pan Alley, and became a partner in the music publishing business. 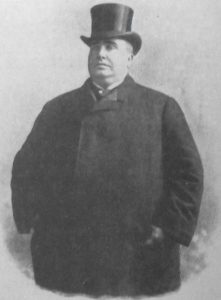