Otterbein Church, now known as Old Otterbein United Methodist Church, is a historic United Brethren church located in Baltimore, Maryland, United States. The first "German Reformed" church was built to serve the German Reformed and some Evangelical Lutheran immigrants, and later entered the Brethren strain of German Reformed Protestantism in the later Church of the United Brethren in Christ. The two-story brick Georgian structure with a peaked roof was built  between 1785-1786, and later additions followed. It is named after German-born Pastor Philip William Otterbein, from Dillenburg (near Wiesbaden), Germany. He attended the Reformed seminary at Herborn and was ordained June 13, 1749. He volunteered for missionary work in Pennsylvania, and arrived in New York on July 27, 1752. He served several German speaking parishes near the Pennsylvania-Maryland border. 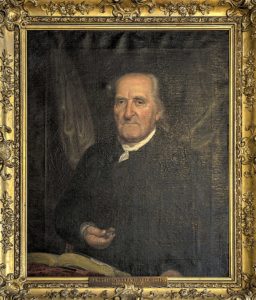