Lehman's Mill Historic District is a national historic district at Hagerstown, Washington County, Maryland, United States. The district comprises the remaining buildings of the mill group including the brick Lehman's Mill, built in 1869 for Henry F. Lehman, the farmstead with a stuccoed stone house dated 1837 with older and newer sections, a barn, carriage house, and agricultural outbuildings; another dwelling, also built by Lehman in 1877, a two-story brick and frame house; related outbuildings, and a portion of the mill's head and tail race. It is the oldest continuously operating mill in Washington County, and is the most intact mill complex remaining in the county.

Henry Lehman (born Hayum Lehmann; September 29, 1822 – November 17, 1855) was a German-born American businessman and the founder of Lehman Brothers, which grew from a cotton and fabrics shop during his life to become a large finance firm under his brothers' descendants. Lehman was born in the small Franconian town of Rimpar, near Würzburg, Kingdom of Bavaria, to Abraham Lehmann, a Jewish cattle merchant. He emigrated to the United States in 1844, where he changed his name to Henry Lehman.

The Lehman Mill District was added to the National Register of Historic Places in 1991. 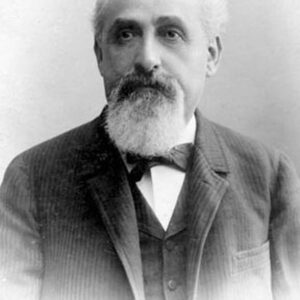