Christian Swartz (1846-1932) served as mayor of South Norwalk in 1880 and again in 1882. He was born in Württemberg, Germany and came to America with his parents in 1849 at the age of three. In 1868, in partnership with Jeremiah Bernd of Danbury, Swartz opened a cigar shop in South Norwalk called C. Swartz and Company. In 1880, this became the Old Well Cigar Company. He was treasurer and general manager of The Old Well Cigar Company, of South Norwalk, and a Sheriff of Fairfield County. 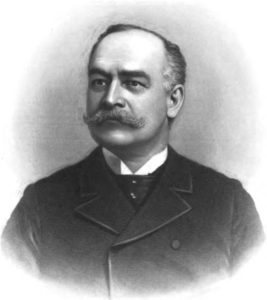