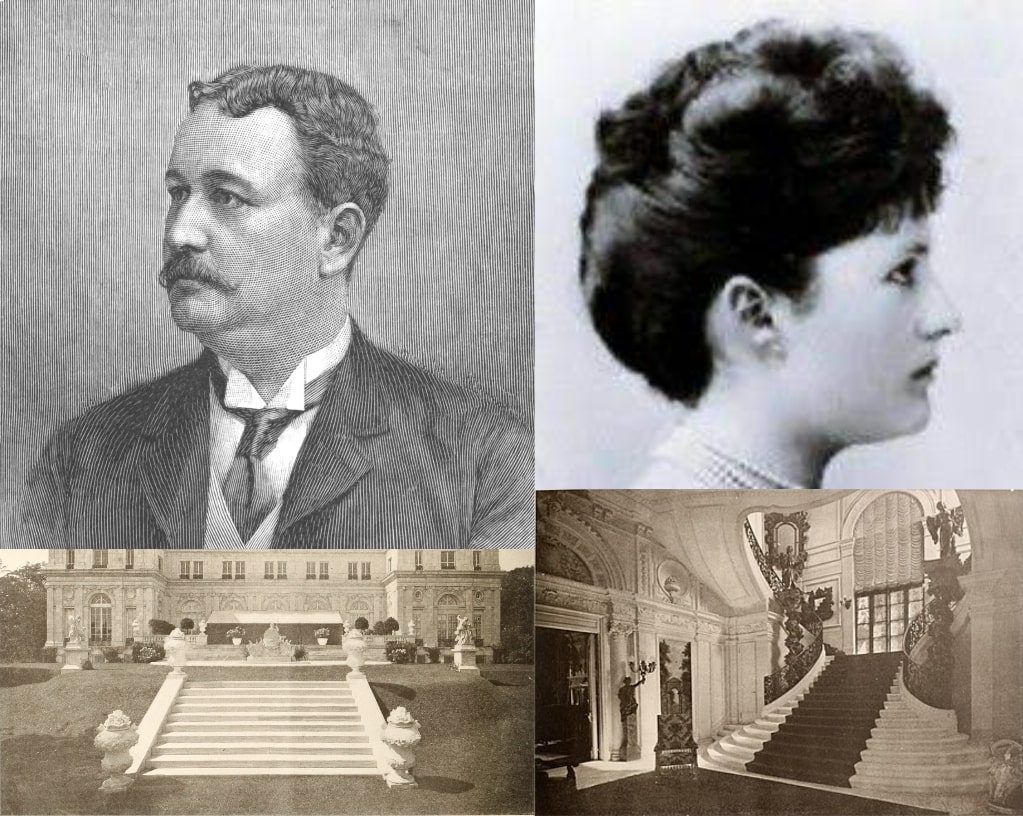 The Gilded Age was a time of opulence in America. While the middle class was slowly but surely growing, huge money tycoons such as the Vanderbilts, Rockefellers, and Morgans were expanding their fortune at a rate never seen before. The “new money” families were here to stay and weren’t going anywhere anytime soon. In a relatively short time, these families would become some of the wealthiest families in America and the world. Many German-Americans were key figures during this age of opulence and pomp. 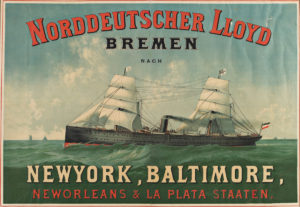 Hermann Oelrichs, a Baltimore native and U.S. agent of the Norddeutscher Lloyd shipping company, was one of these key German Americans to have lived during this time.

Hermann Oelrichs, son of German immigrant Henry Ferdinand Oelrichs (1810-1875) and D.C.-born Julia Matilda Oelrichs (1819-1879), was born in Baltimore, Maryland, in 1850. His father was the son of Gesche Catharina (née Holler) Oelrichs and Johann Gerhard Oelrichs. Johann was a merchant in the city of Bremen and immigrated with his family to America around 1830. Later in life, Hermann’s grandfather would marry the daughter of Federalist Party leader and one of Boston’s wealthiest men, Harrison Gray Otis. Johann’s marriage to this girl is the first instance of the Oelrichs family coming into a large sum of money. His maternal grandparents were Julia Matilda (née Slacum) May and Frederick May. The May family was prominent during the Revolutionary War and had a large amount of money. His uncle was Henry May, a U.S. representative from Maryland. Hermann was the oldest of four other siblings, one of whom was Charles May Oelrichs, a prominent New York businessman, and stock exchange broker.

Inheriting some wealth from their parents, Hermann’s parents were able to live good and prosperous lives. 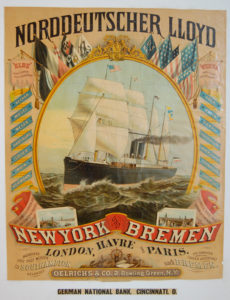 Once in America, Hermann’s father created Oelrichs and Co. as a US subsidiary of Norddeutscher Lloyd. Having a company to run one day, Hermann had to go through grueling schooling. After high school, Hermann attended Yale University, one of the most prestigious schools in America. While studying at Yale, it was rumored that Hermann was a part of the mysterious Skull and Bones Society. A secret society whose members are of the nation’s elite. Past members include President Taft and both Presidents Bush. After Yale, in order to learn more about shipping, Hermann went abroad to Bremen to study the business more closely. From Bremen, Hermann went to London to further his studies in shipping and industry. Finally, in 1876, Hermann returned to the States, where he took over his father’s business. Before taking the company over, his father had merged it with Norddeutscher Loyd, a shipping company from Bremen Germany, and Oelrichs and Co. became the American agent of that organization. Not only did the companies merge, but Oelrichs and Co. expanded their operation and began to operate in Central and South America. After taking over the company, he continued to grow the business and earn greater profits. At this point, Oelrichs was becoming a well-known name in the area of New York City, and had started to accumulate a small fortune.

As time passed and Hermann got older, his fortune continued to grow and prosper, but he still had not settled down with a family or even gotten married. That was before he met the lovely “Tessie “. 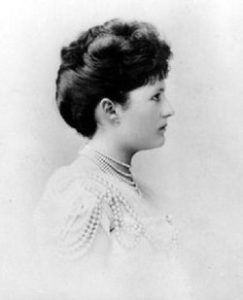 In 1889, while playing Tennis at Newport Casino, Hermann would go on to meet Theresa Alice Fair, daughter of United States Senator and Nevada millionaire James Graham Fair. They fell in love, and only a year later, in 1890, they married. Their marriage, of course, was one of opulence and beauty. It was all over the media and witnessed by many of the social elite. Although Hermann and Theresa’s wedding was big, it was a dwarf compared to Teresa’s sister’s wedding nine years later in 1899. Although Teresa would be considered second class compared to her sister, she was still very powerful and an early American socialite. Teresa’s sister, Virginia, married William Kissam Vanderbilt, heir to the Vanderbilt throne of money and business. While Married, Herman, and Theresa lived in the iconic “big house” at 1 East 57th Street in New York City. There they would go on to have their only child, Hermann Oelrich Jr., in 1891.

During this time, Hermann started dabbling in politics. In 1892 and 1902, Hermann was mentioned as one of the potential candidates for mayor of New York City. It would never come to fruition, but the idea was floating around. At the same time, Hermann also organized a German Bureau, which he campaigned for and raised upwards of S50,000, which in today’s day and age would be around $1.6 million.

Outside of his political life, his personal life was also going quite well. His marriage, for the most part, was a good one until the end. During the 1890s, the Oelrichs purchased property from George Bancroft in Newport, Rhode Island. 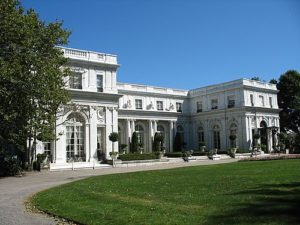 This property came to be known as Rosecliff. Rosecliff was the Oelrichs’ summer cottage, and a place where the family could escape during the hot summer days. Rosecliff was a place of excellence; it was situated on historic Bellevue Avenue, where many other “summer cottages” stood. In 1902, Rosecliff was finally completed at an estimated cost of $2.5 million, which would be closer to $84 million in today’s money. The Oelrichs loved to live in luxury, and nothing was going to stop them. Between 1902 and 1906, the Oelrichs decided to move to San Francisco. Not much is known about their time in San Francisco besides the fact that they helped rebuild the city in 1906 after the great earthquake there. A town in South Dakota named Oelrichs mistakenly gets confused with being named after Hermann. It was not named for Hermann, but instead for his brother Henry.

Outside of work, Hermann was an avid sportsman and participated in various sports, from swimming, boxing, polo, lacrosse, and hammer throw. He was particularly good at both boxing and swimming. When he was younger, Hermann began to box and found that he was pretty good at it. In the end, he would go on to become an amateur boxing champion. While he was boxing, he also swam quite a lot. He would frequently swim in the Atlantic and grew to become an avid swimmer. Along with all of these accomplishments, Hermann is credited with being the first person in America to introduce the sport of polo. He started the U.S. lacrosse association and was once ahead of the New York athletic club for a particular time. Hermann loved to participate in sports but never got involved with the business of sports. He always wanted to keep it for his “hours of relaxation”.

In the last couple of months of his life, the relationship between him and his wife started to deteriorate, and so did Hermann’s health. He decided to go overseas to get some opinions on his health, and when he got there, did not get the diagnoses he wanted and decided to go home against the recommendations and wishes of the doctors in Europe. 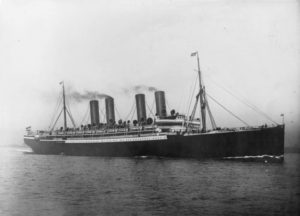 On his trip home on board the S.S. Kaiser Wilhelm der Große, he became even more ill and succumbed to his illnesses. On Sept. 1, 1906, Hermann Oelrichs died of Bright’s Disease. His fortune was given to his brother Charles while he gave the house at Rosecliff to Theresa. There was a dispute, however, between Charles and Theresa, because Theresa believed that she deserved some of Hermann’s fortune. Hermann thought Tessie would be ok with the decision considering the money she still had from her father. Once Tessie died, the Rose Cliff estate went to Hermann Jr. until it was sold in 1941. Hermann Oelrichs legacy is somewhat complicated. Although he had enormous wealth for his age, he is not remembered as much as his fellow Gilded Age elitist. If anything, his wife Theresa is remembered more than Hermann. Hermann was a good man with lots of money, but in an age where money meant everything, he didn’t have enough to be remembered appropriately.