"The Busch-Reisinger Museum was founded in 1901 as the Germanic Museum. Unique among North American museums, the Busch-Reisinger is dedicated to the study of all modes and periods of art from central and northern Europe, with an emphasis on German-speaking countries. In 1921 the Germanic Museum moved to Adolphus Busch Hall, built partly with funds from Adolphus Busch’s son-in-law, Hugo Reisinger, and in 1950 it was renamed the Busch-Reisinger Museum. The museum moved again in 1991, this time to Werner Otto Hall at 32 Quincy Street, designed by Gwathmey Siegel & Associates. Adolphus Busch Hall continues to house the founding collection of plaster casts of medieval art and is the venue for concerts on its world-renowned Flentrop pipe organ, while the Busch-Reisinger Museum’s holdings include significant works of Austrian Secession art, German expressionism, 1920s abstraction, and materials related to the Bauhaus. Other strengths include late-medieval sculpture and eighteenth-century art. The museum also holds noteworthy postwar and contemporary art from German-speaking Europe."

Adolphus Busch (July 10, 1839 – October 10, 1913) was the German-born co-founder of the Anheuser-Busch brewing empire with his father-in-law, Eberhard Anheuser. He introduced numerous innovations, building the success of the company in the late 19th and early 20th centuries. He became a philanthropist, using some of his wealth for education and humanitarian needs. His great-great-grandson, August Busch IV, is a former CEO of Anheuser-Busch InBev. 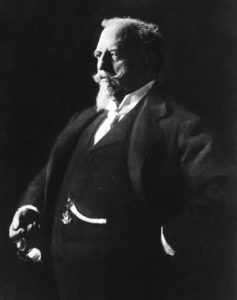 Devoted to the promotion and teaching of the German language

Devoted to the promotion and teaching of the German language